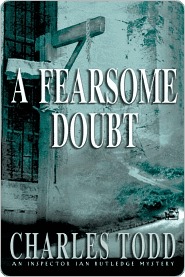 Without Trace: On the Trail of New Zealand Missing Persons

Stories From Brooklyn, With Love